One day, you and your friends make an appointment to go to Toca wildlife Park. At the entrance of the zoo, camping tents were set up. It seems that it is very lively here. About the wildlife park, there has always been a mysterious anecdote, that is, an ancient sloth is sealed here. So, let us figure out a way together, how to lift the seal and rescue the sloth. This is a wildlife park with natural hot spring water. As soon as you enter, you walk over a wooden bridge over the water. what! There seems to be something white like a bone in the water. Of course, citizens of Toca are curious about finding out the truth. It happens that the water is not deep, so let's take a look at it - it turns out to be an animal claw with three fingers, which is a bit suspicious. - What animal would it be?

The park has so many people, all kinds of nature lovers, explorers, and scientists come here to promote and investigate. In the native cave area of the park, there is a vulture nest on a high cliff, which contains a vulture and a vulture egg. Click on a vulture egg and a chick is born.

There is a movable rock behind the capybara pool, click to push it away, a little moss monster will appear, feed it some moss, it will be very happy. At this time, you will find that there is also an animal bone in the cave, which is actually an arm, and it is also three-fingered. This is very strange. It seems that it belongs to the same animal as the one found before.

Well, here you meet an explorer! She said she had been researching an ancient ruin on the rock wall of the peark! It was the remains of a sloth, but unfortunately, the fossils were left all over the park because of various geological changes and historical events. Her goal is to find these fossils and restore this ancient sloth ruin. So, you formed an expedition team, grabbed a flashlight and a magnifying glass, and searched for the remaining fossil parts together.

First of all, I heard that there is a suspicious location in the camp at the entrance of the zoo. Let's get around those tents and sleeping bags and see what's behind the bushes. Really! A puppy, a skull of some kind of animal are behind them. The explorer jumped with joy when she saw it: "Great! This is the skull of a sloth, the fossil we're looking for!" Then, on the high hills occupied by blue sheep, there are also white bones shining eerily in the sun. Climb up to have a look and find the sloth's leg bone. At this time, another small partner of the expedition team discovered the sternum of the sloth soaked in the hot spring, which is really a big discovery! Another leg bone was buried in the soil, and it was dug out and transported to the ruins of the ancient sloth, and all the fossil fragments were gathered in a time. Everyone put the fossils back together on the remains of the stone wall, and suddenly, something magical happened! With the sound of huge rocks cracking, you quickly avoided the falling rocks. For a while, the dust was flying.

When the dust cleared, a large chunk of ice appeared. The explorer said: "Is this the ice of the ancient ice age? Did the ice block the life of the ancient sloth, but also allowed him to meet us across millions of years." Everyone worked together to crack open the ice cubes, and the lovely and huge ancient sloths were able to touch the sunlight again.

This trip to Toca wildlife park is really cool~!

948
How to Unlock Everything in Car Parking Multiplayer

My City : After School 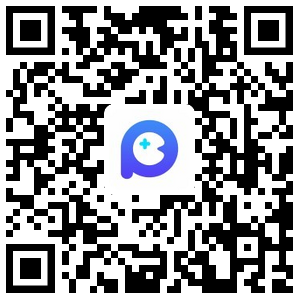